We Are Both Job and Job’s Friends 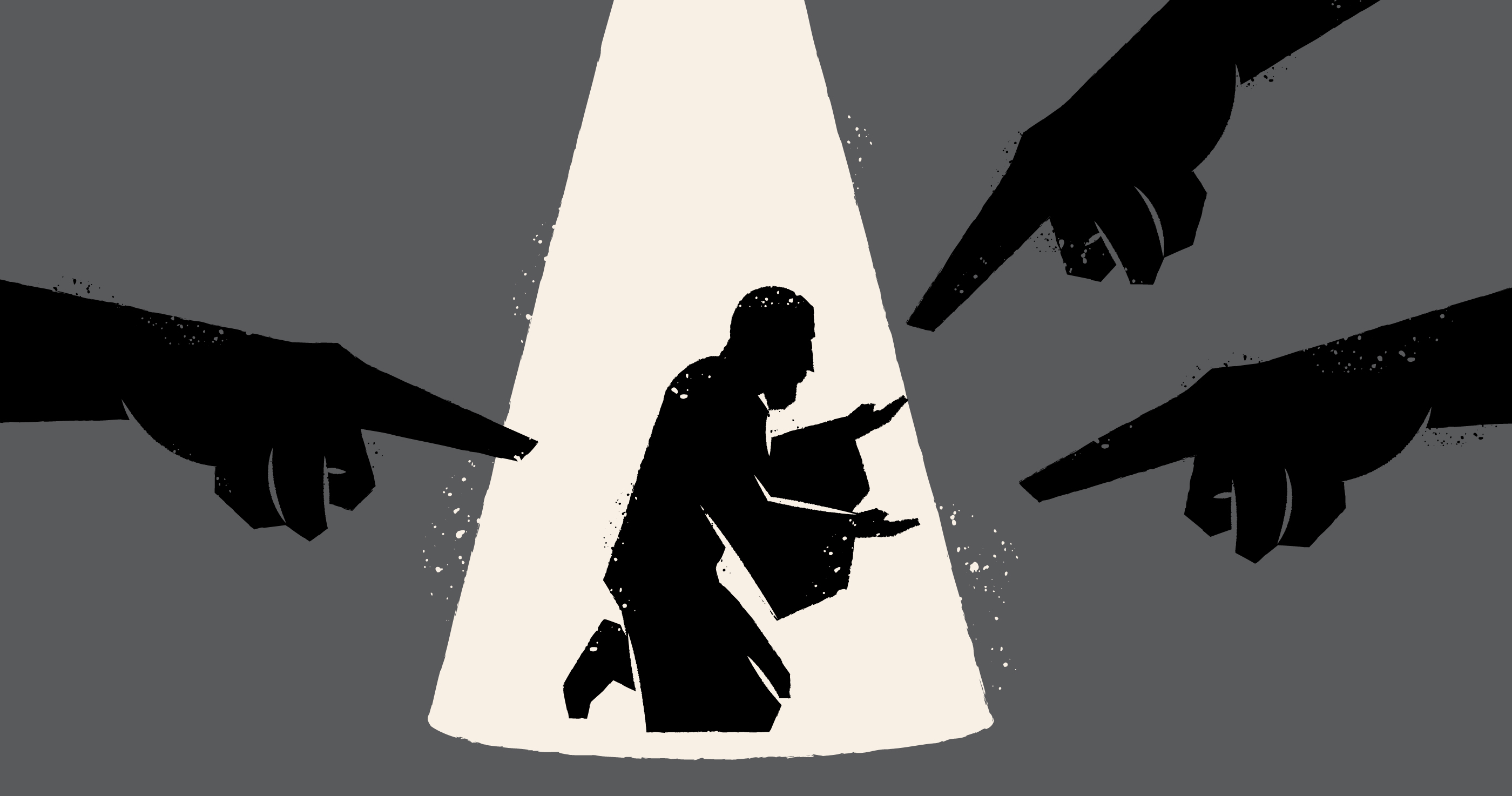 Seeing Ourselves in Scripture

One important question in reading any biblical text is who you, as a reader, identify with. This is easier for some texts than for others, of course. In Genesis, for example, it is not difficult to identify with the patriarchs as they struggle and endure in trusting God’s promises to bless them and redeem creation. But who do we identify with in the book of Job? Job’s spirituality and level of blessing are so impressive (Job 1:1–4) that probably few readers would think themselves equal to Job—and his suffering is so extreme, so nightmarish, that few would want to. On the other hand, the friends are so bombastic, tiresome, and quick to condemn Job that probably most of us think I hope I’m not like that!

Strange as it might sound, however, I think we are meant to identify both with Job and his friends. You can see this in several ways. With regard to Job, the first chapter of the book portrays Job-like suffering as something every saint will have to go through at some point. You can see this in the background of the conversation between the Almighty and the Accuser in Job 1:6–12,; Job 2:1–6. Comparing these passages to chapters like 1 Kings 22, Isaiah 6, and Revelation 4–5, it is easier to see that the Bible portrays the heavenly throne room as one where the Sovereign sits on his throne, receiving reports from his angelic servants, and making policy decisions as he rules creation (I think that’s in the background of the sons of God “presenting themselves” before God in Job 1:6). This means that the decision God makes about Job—allowing the Accuser to ruin his life, even though Job has done nothing to deserve it—reflects his policies for the whole world. The first chapter of Job is showing us that God’s normal policy with his saints is generosity both in spiritual blessings and earthly ones (Job 1:1–4)—but that God reserves the right to interrupt that policy in order to prove the reality and sincerity of our relationship with him.

In Suffering Wisely and Well, Eric Ortlund explores different types of trials throughout Scripture, particularly the story of Job, revealing the spiritual purpose for pain and reassuring readers with God’s promise of restoration.

Sobering as it is to consider, it must be so. After all, the issue of whether a Christian loves God for God’s sake, irrespective of what secondary blessings we gain or lose in our earthly lives (Job 1:9), is deeply relevant to every Christian. In a way, it is the issue of our lives. If we love God for some reason external to himself, we’ll be bored in heaven. I don’t think the book of Job is implying that our suffering will be as extreme as Job’s (having to bury all of our children, sick to the point of death, financially ruined, all in one day). But God will sometimes allow an ordeal which has a Job-like quality. Because God loves us and is fitting our souls for eternity, he will sometimes put us in the position of having every earthly reason to give up on him as a way of purifying our motives for being a Christian in the first place. In other words, probably every Christian will, at some point, find themselves echoing the question of Job’s wife in Job 2:9: Why hold on to integrity with God when all I get is pain? And through the empowering presence of the Holy Spirit, the only answer possible in that situation will come to us: God, and God alone. He is the only reason to persevere in being a Christian. And he is enough, and more than enough, even when we suffer grievously.

As God enables modern-day saints to persevere in their loyalty to God in the midst of suffering, each one of us finds we identify with Job not just in a kind of suffering which mimics his (in a less intense way), but we also mimic him in his worship. The first chapter of the book of Job shows—very poignantly—Job worshiping God whether God takes or gives (Job 1:21). God can fill Job’s life with the blessings of Job 1:2–3, and Job will worship; God can take it all away, and Job will worship, because God is worthy in himself. In the same way, when God allows some pain to enter our lives which makes us genuinely question whether God is really worth it, we are delivered into the position where we can both see and affirm his all-surpassing worth like we never did before.

All this is to say that the opening chapters of Job show us one sobering but necessary aspect of discipleship, as well as the profound worship which arises from it. Job’s ordeal is unique in its intensity but not its application. God will allow each one of us to suffer in ways we do not understand, which will force us (weeping and dressed in sackcloth) on our knees next to Job. The reader identifies with Job in Job’s pain, but also in the profound intimacy with God we find there, and the comfort it eventually brings (Job 42:5–6).

Seeing Ourselves in Job’s Friends

This is not all the book of Job has to teach us, however. I think there is a way in which we are meant to identify with the friends and be instructed by them, if only by way of negative example. This is not explicit in the text. But Old Testament wisdom texts frequently focus on speech which is wise and healing or foolish and hurtful (it seems as if every second or third verse in Proverbs has to do with the tongue!). So as we watch Job’s friends who, with the best of motives (Job 2:11), torture poor Job by condemning him chapter after chapter, surely each one of us forms a resolve never to imitate them by blaming one so righteous as Job and smearing them as a profligate sinner (Job 22:5). In other words, the more wearisome the friends become, the more we are provoked to do better by listening patiently to fellow suffering Christians instead of blaming them. It is not for nothing that God’s anger falls on the friends at the end of the book (Job 42:7).

He is the only reason to persevere in being a Christian, and he is enough, and more than enough, even when we suffer grievously.

The temptation to blame the victim is as sneaky as it is constant, and it is very wise of the author of Job to put this issue before us so persistently as we read. Surely we have all met modern-day versions of Eliphaz and Bildad and Zophar—Christians who mean well (Job 2:11), who have some good theology (Job 5:8–18), but who also have an answer for everything, who are suspiciously quick to tell everyone what they should be doing when their lives don’t go well, and who are quick to blame others when their advice isn’t gratefully received. Perhaps we’ve played that role ourselves. It’s shockingly easy to do. This is because, in blaming a modern-day Job, we shore up our sense of a coherent world where everyone gets what they deserve quickly and obviously. We subtly comfort ourselves that we will never suffer that way because we haven’t committed whatever mistake our Christian brother or sister supposedly did. On the other hand, if we sit with someone quietly and sympathetically in their pain, without blaming or instructing them, only waiting with them for God to draw near, we also allow the possibility that next time it will be us who comes to church (as it were) dressed in sackcloth and ashes—suffering openly, unable to hide it, and not knowing why. This is, to say the least, uncomfortable. But the book of Job continually presses upon us the importance of wise friendship with modern-day Jobs. Perhaps the first step in such friendship involves not saying much at all (what a blessed relief from the friends!).

The book of Job is difficult to understand and tiring to get through. But some of its profoundest lessons are very simple. To the extent that we identify with Job, we learn that all God wants from us in a Job-like ordeal is to stick with him—just don’t give up on God. He’s not angry with us or trying to teach us a lesson. We only wait for his comforting presence (Job 42:5) and restoring mercies (Job 42:10). The ordeal will do its purifying work on its own. And to whatever extent we identify with the friends, we are instructed to repent of our tendency to pontificate, to solve someone’s problems for them, to blame them when their lives collapse. May God grant us that wise and patient friendship with each other in inexplicable suffering.

This article is adapted from Suffering Wisely and Well: The Grief of Job and the Grace of God by Eric Ortlund.

Eric Ortlund (PhD, University of Edinburgh) teaches at Oak Hill College in London, England. He previously taught Old Testament at Briercrest College and Seminary in Saskatchewan, Canada, for ten years. He and his wife, Erin, have two children.