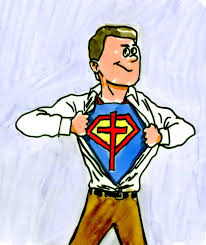 1.  After hundreds of years the perfect pastor’s been found. He is the church elder who’ll please everyone.

2. He preaches exactly 20 minutes and then sits down.

3. He condemns sin, but never steps on anybody’s toes.

4. He works from 8 in the morning to 10 at night, doing everything from preaching sermons to sweeping.

6. He always stands ready to contribute to every other good cause, too, and to help panhandlers who drop by the church on their way to somewhere.

8. He is tall on the short side, heavy-set in a thin sort of way, and handsome.

9. He has eyes of blue or brown, (to fit the occasion) and wears his hair parted in the middle – left side, dark and straight, right side, brown and wavy.

10. He has a burning desire to work with the youth, and spends all his time with the senior citizens.

11. He smiles all the time while keeping a straight face, because he has a keen sense of humor that finds him seriously dedicated.

12. He makes 15 calls a day on church members, spends all his time evangelizing non-members, and is always found in his study if he is needed.

Unfortunately he burnt himself out and died at the age of 32.

(Not grinding an ax, just thought it was funny! – Pastor Scott) 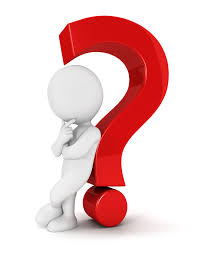 February 2/26 I preached on the Dual Nature of Christ.  These are the two questions that came into the text line.

Question 1 Since our sins were placed on Christ during the crucifixion, then doesn’t He know what it feels like to be guilty of sin?
I totally agree that He does!  I believe, however, that I was expounding on Hebrews 4:15 which says: “For we do not have a high priest who cannot sympathize with our weaknesses, but One who has been tempted in all things as we are, yet without sin.”  I imagine that the author of Hebrews was focused on His life and not on His time on the Cross.  Good catch!!!

Question 2 Is it appropriate to say it is impossible to explain how Jesus is God and man?

In terms that satisfy our finite minds, yes it’s impossible.  However, for both this, the Hypostatic Union and the Trinity, the best Theologians can do is come up with a list of statements, positive and negative, that define what each is and isn’t; as we can understand what has been revealed.  Regarding the Hypostatic Union (the God/Man) the Chalcedonian Creed took a shot in 451 at the Fourth Ecumenical Council

We, then, following the holy Fathers, all with one consent, teach men to confess one and the same Son, our Lord Jesus Christ, the same perfect in Godhead and also perfect in manhood; truly God and truly man, of a reasonable [rational] soul and body; consubstantial [co-essential] with the Father according to the Godhead, and consubstantial with us according to the Manhood; in all things like unto us, without sin; begotten before all ages of the Father according to the Godhead, and in these latter days, for us and for our salvation, born of the Virgin Mary, the Mother of God, according to the Manhood; one and the same Christ, Son, Lord, only begotten, to be acknowledged in two natures, inconfusedly, unchangeably, indivisibly, inseparably; the distinction of natures being by no means taken away by the union, but rather the property of each nature being preserved, and concurring in one Person and one Subsistence, not parted or divided into two persons, but one and the same Son, and only begotten, God the Word, the Lord Jesus Christ; as the prophets from the beginning [have declared] concerning Him, and the Lord Jesus Christ Himself has taught us, and the Creed of the holy Fathers has handed down to us.

Take some time, slowly work through this description and perhaps a better, though still not perfect, understanding can be found! 🙂

― Jerry Bridges, The Discipline of Grace: God’s Role and Our Role in the Pursuit of Holiness

Thought to write a soaring treatise on Valentines Day – but I’m not up to it; I’m not physically up to it (got a touch of this crud that’s going around) and I just find myslf so thankful for God’s Grace!  Amen? 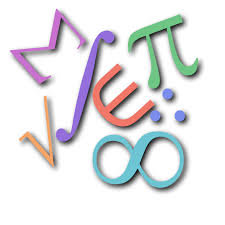 George Beverly Shea made famous the hymn “I’d Rather have Jesus than silver and gold.”  I heard it playing just a few minutes ago and realized that, while it expressed a great mind-set for a Christian, it also sort of skipped over an important point.   The truth is, if one doesn’t have Jesus, one has nothing at all.  Let me see if I can illustrate it:

He’s the most important thing and transmitting His saving message is one of our greatest privileges!  Consider every opportunity God brings your way this month; including asking your server if you might pray for him or her!