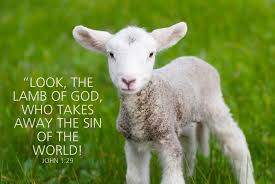 Scripture is full of agricultural analogies some of which, I’m afraid, as a child of suburbia, I miss.  Take this one, that anyone raised around sheep would know…

The beautiful, green hills of New Zealand, a country known for its sheep industry, are dotted everywhere with white sheep. During the yearly lambing season, thousands of baby lambs are born. Unfortunately, some lambs die at birth. Many mother sheep are also lost during lambing season; they die giving birth. In an attempt to save the orphaned lambs, the shepherds match baby lambs that have lost their mothers with mother sheep who have lost their lambs. It’s not as easy as it sounds, though—a mother sheep won’t accept a lamb and nurse it unless it is her own.

Lambing season in New Zealand reminds us of what Jesus did for us on the cross. When John wrote, in Revelation 7:14 and 12:11, of our being saved by “the blood of the Lamb” it was in terms that people in agrarian societies vividly understood.

Paul wrote to the Ephesians, “But now in Christ Jesus you who once were far away have been brought near through the blood of Christ. For he…has destroyed the barrier, the dividing wall of hostility…” (Ephesians 2:13-14). Because of Christ’s blood, God accepts us as his own. Once we were orphans, but now we are God’s adopted children.

Gives a whole new meaning or focus to the fact that Jesus is the Lamb of God, doesn’t it?

Yours, because I’m His,