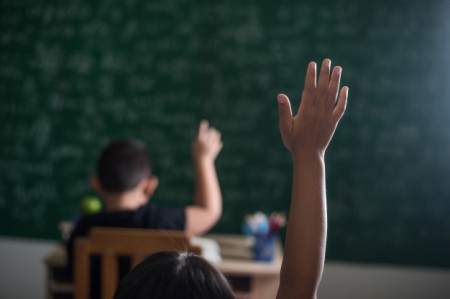 There were two question/statements that didn’t get to me in time to answer on Sunday before the benediction.

The first was a response to a statement I made that we don’t know from where Eliab’s anger in 1 Samuel 17:28 came.  The texter said, “Sure we do, see: 1 Samuel 16:6-7.”   Those verses record God directing Samuel to pass over Eliab, Jesse’s eldest son on His way to David the “baby.”  I agree with the texter that the root of Eliab’s bitterness can be found there, I was just struck by how combustible it was.

The second question/statement wondered if David’s gathering of 5 stones demonstrated a lack of faith.   Which is not only a great question pertaining to this text, but a great question pertaining to our everyday life.   The question goes to preparation and faith.  David had a shepherd’s bag/pouch which, presumably, held five stones.  So in my view, he was preparing for battle by filling his pouch.  Just like a modern day soldier would fill his/her clip.  If he hadn’t would he have been presuming on God (Matt 4:7)?  On the one hand “faith” says I can hit the giant with one stone.  Just like faith might say, I can pass that test without studying, I can preach that message without preparing, or I can build that house without planning.  BUT if I God gives me time to study or plan (or load my quiver); wouldn’t He expect me to use it (2 Timothy 2:15)?  This question is near and dear to my heart, because on more occasions then I can count I’ve had to rely on my gift to preach/or teach with a moment’s notice.   In those times not only has God come through, but it seems that often in those times that I get to see people respond in dramatic and fulfilling ways.   Given that, I sometimes wonder why I feel compelled to do “due diligence” in my studies every week.   I think it’s the same reason David chose 5 stones; to do any less would be to do less than his best.

That said, there is a more traditional and a much more fun answer!  At camp and revival meetings across America whenever the preacher gets to 1 Samuel 17:40 – five smooth stones –  he looks up at the audience, grins and say, “Because, Goliath had 4 brothers!” (2 Samuel 21:22)